This extensive research program on brake noise vibration and harshness (Brake NVH) covers research topics ranging from noise generation mechanisms for such common BNVH problems as squeal, creep groan, and judder as well as development of measurement techniques to characterize friction materials to investigate their propensity to cause brake noise. Research in this laboratory has resulted in numerous discoveries that led to several publications and patents.

In its simplest form, an automobile brake may be considered as a rotating disk with two pads mounted on either side inside a caliper. When hydraulic pressure is applied, the pads contact the rotating disk and decelerate it by means of friction. Brakes are designed to dissipate kinetic energy into heat. However, some of the kinetic energy goes into vibrations of the brake and caliper (and sometimes the suspension). In the case of aircraft brakes, stacks of annular disks are squeezed together to stop the rotors attached to the wheel.

The observed dynamic responses of brakes range from resonant excitation of any combination of vibration modes to instabilities. Such different vibration responses are associated with different design, operating, and environmental conditions. Lack of repeatability of vibration responses, even under seemingly identical operating conditions, is a common characteristic of brakes and other friction-excited dynamic systems. Observations suggest that dynamic response characteristics of friction-excited systems, such as brakes, are very sensitive to the environment, such as humidity, and to operating parameters such as normal pressure. A small change in normal pressure can lead to a change of the vibration response from one that is harmonic to one that is chaotic. 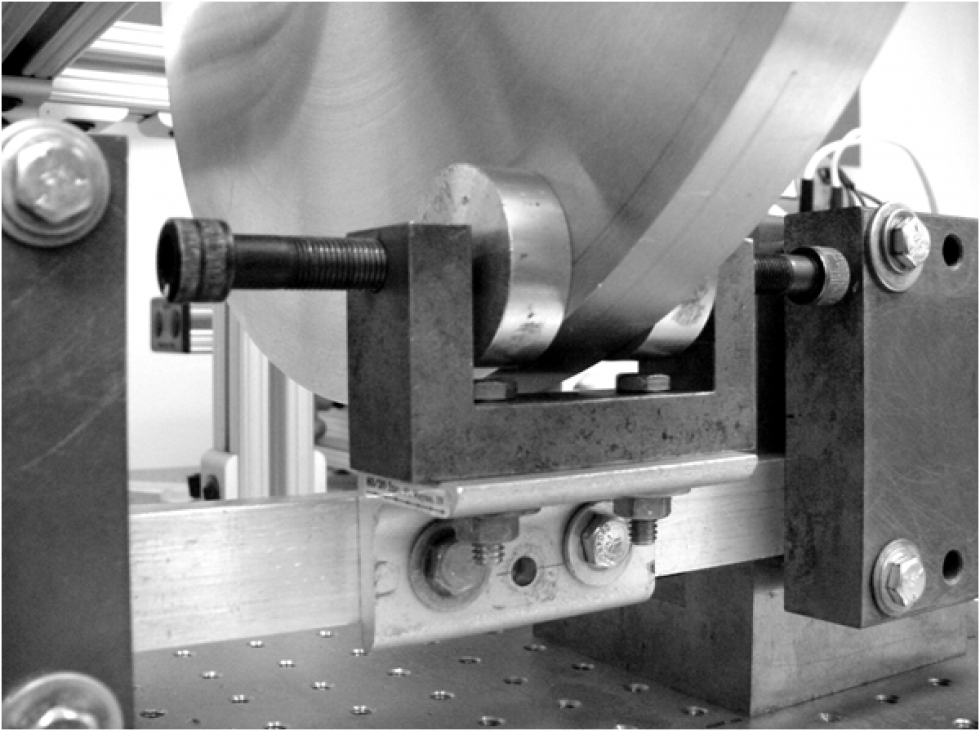