The influence of particle geometry on the macroscopic frictional response of granular interfaces is investigated via computational contact homogenization. The particle shape is parametrized by convex superellipse geometries that require iterative closest-point projection schemes for modeling the persistent rolling contact of the particle between a rigid smooth surface and a rubber-like material. Normal and tangential forces acting on the particle are computed by the discrete element method. The non-Amontons and non-Coulomb type macroscopic frictional response of the three-body system is linked to microscopic dissipative mechanisms. Numerical investigations demonstrate rolling resistance and additionally suggest that the macroscopic friction from a complex interface particle geometry may be bound by computations that are based on simplified shapes which geometrically bound the original one.

The work that has been reported in the publication(s) listed below was (partially) funded by this project. 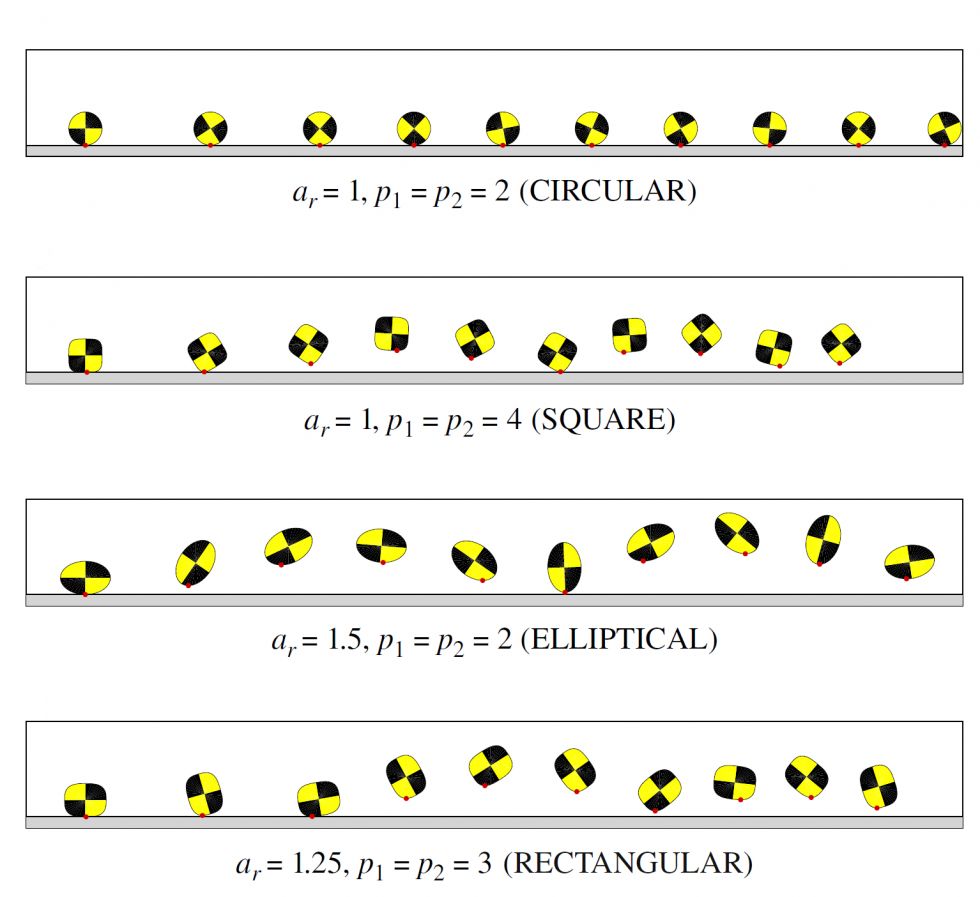